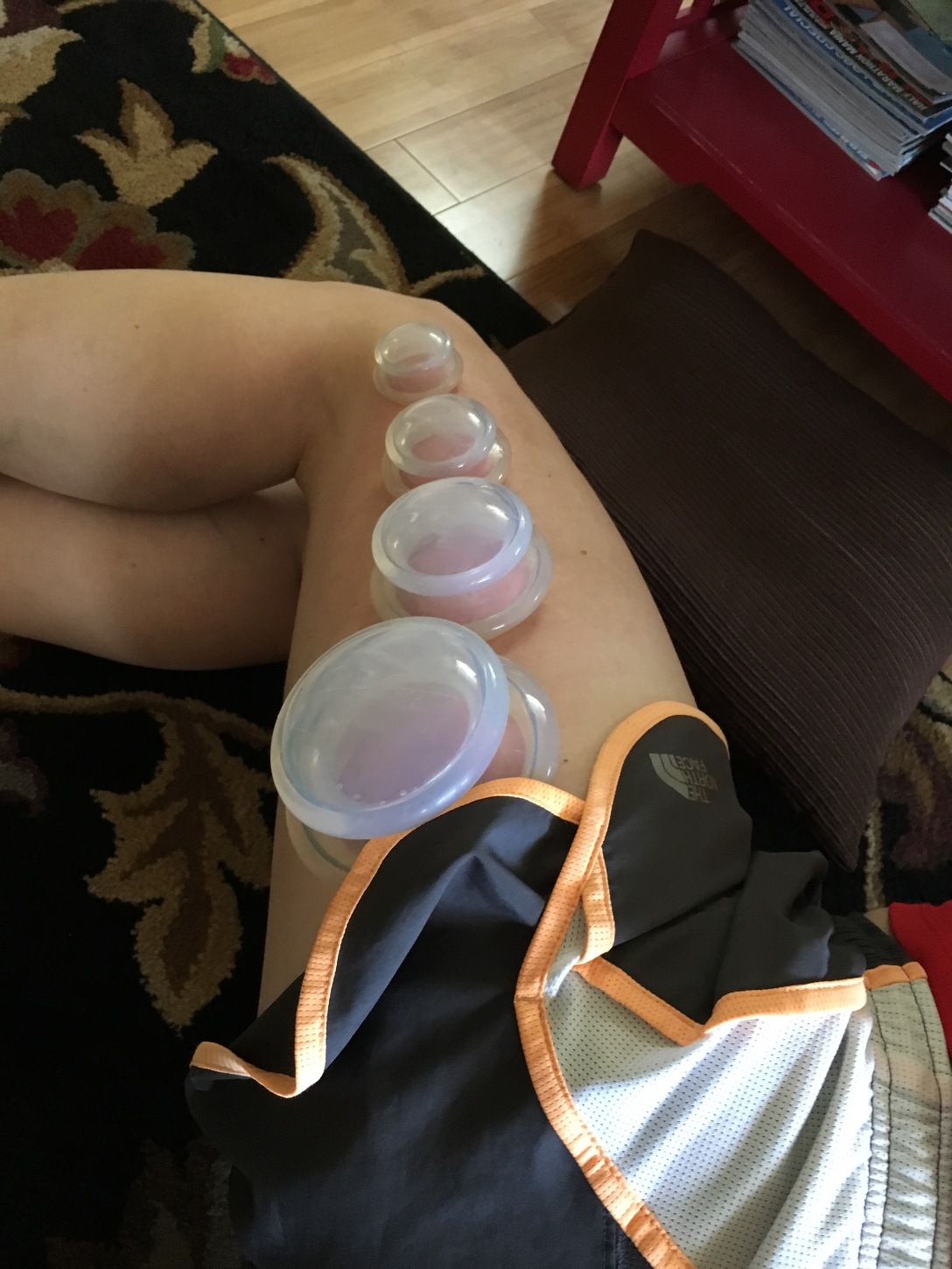 Greetings, Tribe!
Week 17 of training didn’t go as planned. At all. I took the entire week off from running. A horrifying thought, but after consulting all of my running friends I was convinced that I should take time now to rest instead of later when the problem became worse.
Instead of sitting on the couch licking my patellar tendinitis wounds, I foam rolled and stretched daily (huge progress for me). I also reached out to my BFF Betsy, who happens to also be an athletic trainer, for some help. She graciously came over and scraped my leg and did some cupping. Let me just tell you, I have never experienced something so painful in my entire life. I don’t know how she didn’t get kicked as I was wiggling in pain (I’m such a wuss!) and I’m so glad there aren’t any innocent ears in my house because curse words were flying!!! After her hard work I was able to bend my knees without pain. Woohoo!!! 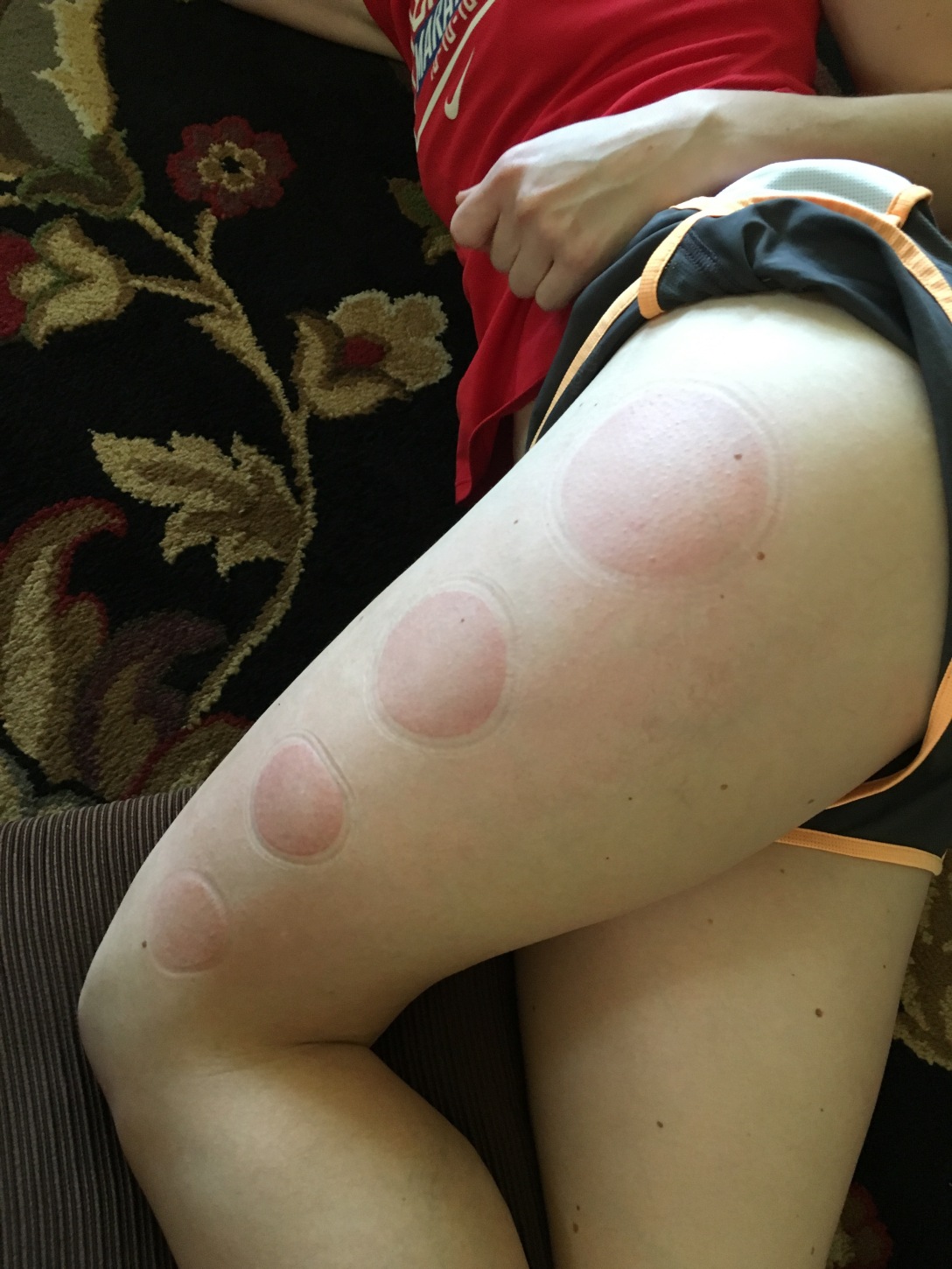 After taking a full week off from running, I went for a 5.5mile run on Monday (the beginning of week 3 of training) and all went relatively alright. I took Betsy’s advice to start slowly. I always think I run slowly to start, but I’m pretty sure it’s never slow enough. For the first mile, I was certain to stay close to a 10minute mile and then stayed in the 9-10minute range for the duration of the run. The training plan said to do an “easy run,” so I finally took it seriously. Nothing seems to be worse, so I shall keep on running. And foam rolling. And icing. And stretching.
16 weeks to go….